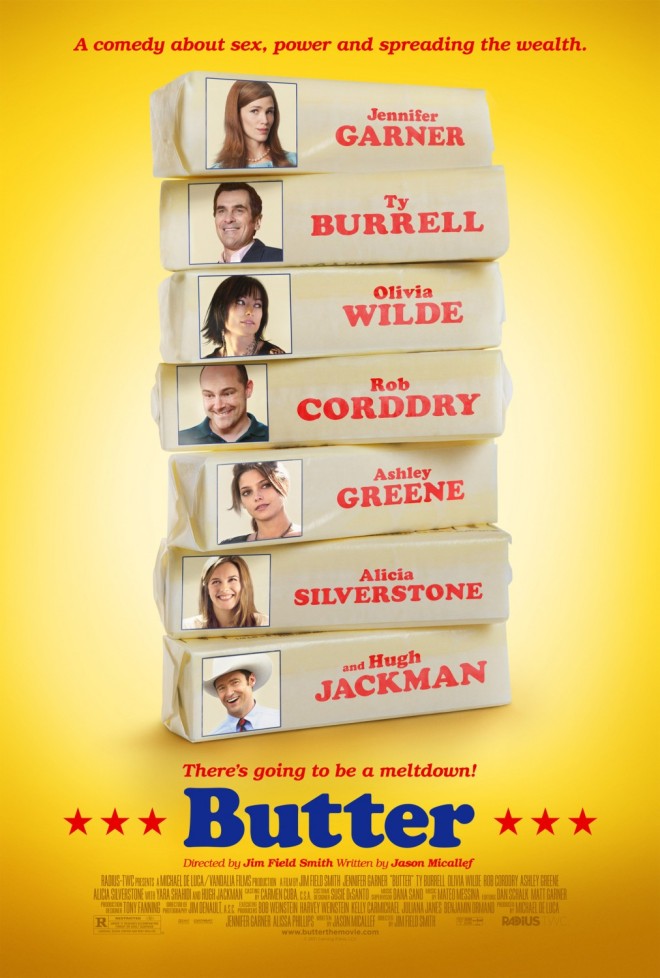 Here are the facts; this movie has Olivia Wilde (who plays Quorra from Tron: Legacy), Jennifer Garner (Elektra from the film of the same name and Daredevil), Ty Burrell (a guy that’s in The Incredible Hulk, Dawn of the Dead (2004) and does the voice of Captain Marvel in The Super Hero Squad Show), Alicia Silverstone (played Batgirl in Batman and Robin) and Hugh Jackman (that’s Wolverine from all those X-films – you may have heard of him?). Wow, incredible. What a heroic cast! This movie is going to be amazing. But wait, what’s it called… Butter? And it’s about? …people who carve butter. Hmmm… OK. Let’s give it a shot anyway.

Set in Iowa, this is a story about country town people in and around the culture of butter carving. Coming from Australia, I didn’t know this was a thing. Upon asking an American friend about it, apparently it’s as big a deal as it is portrayed in the film. Well there you go.

Bob (Ty Burrell) is the reigning champion of butter carving. It’s all he’s ever really been passionate about but when the powers-that-be suggest that maybe it’s time he moved over and gave someone else a go, he’s easy-going about it and not that fussed. His wife Laura (Jennifer Garner) however, takes this a little harder as she’s been riding the coat-tails of his success on the social ladder and if she’s not the wife of a champion, she’s nothing.

After an argument about this with Laura, Bob storms out to vent 15 or so years of frustration by getting drunk and going to the strippers. This is where we meet Brooke (Wilde) who picks him up for sex. In his car taking care of business, they are quite rudely interrupted by Laura who drives her car into them. 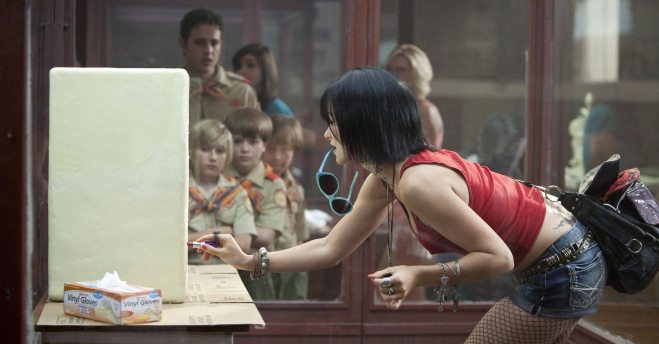 Caught out, Bob tries to smooth things over and decides to support Laura in her attempt to be the next Butter carving champion. She turns out to be pretty good and it would be in the bag for her if not for a promising young foster girl named Destiny (Yara Shahidi) who’s taken an interest in the sport and gives Laura a run for her money.

It’s an interesting slice-of-life comedy that comments on middle American values and politics. It’s also worth 90 minutes of your time. Check it out.