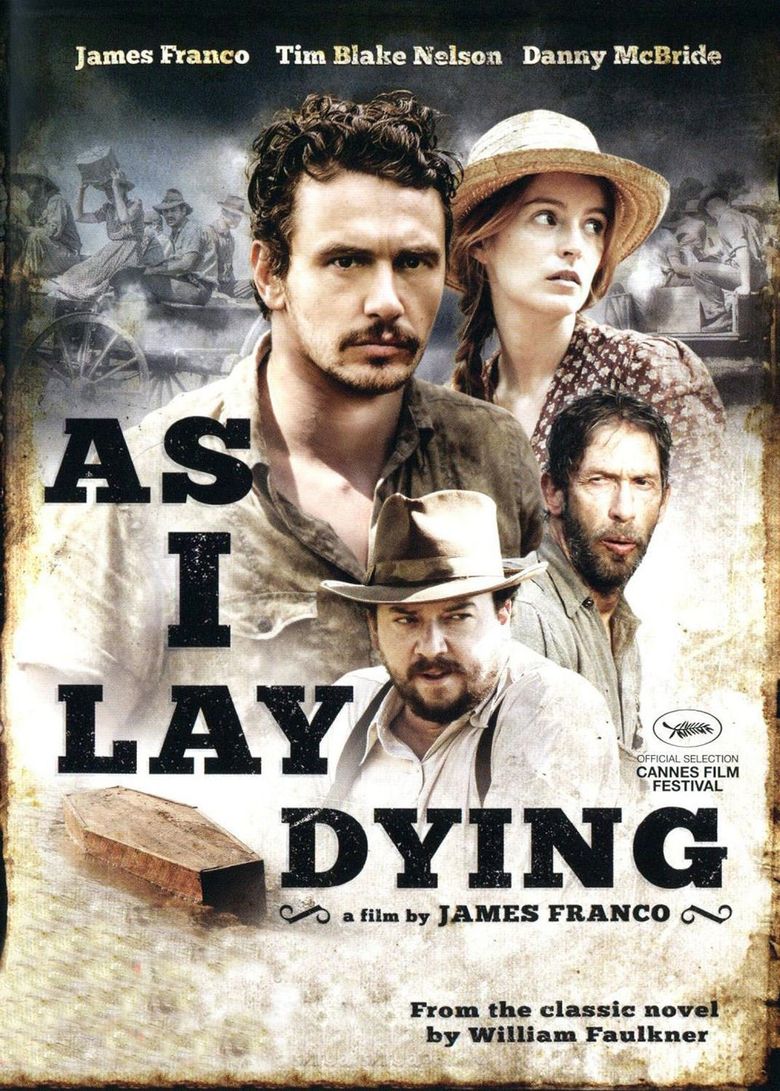 Nobody told me James Franco could direct – and twenty minutes into this one, I was beginning to doubt that he actually could. My prior knowledge of this film was minimal. I knew it was based on a book by William Faulkner but I’ve never read that book.

My initial reaction after I pressed play was largely negative based upon Franco’s choice to do a split screen thing where scenes would play out essentially the same but with slight differences on each side. “Pick a take” was what I was thinking. Then I thought that maybe I should jump online to get a little background on the story and see what others thought of this particular technique.

It turns out that the original novel is told from a handful of points of view, each with slightly differing opinions of the events taking place. This split screen technique is a reflection of that. Once I became aware of this, it was no longer an issue for me and I settled in to watch the rest of the film – for what it was worth.

Set in Mississippi during the 20’s, the story follows Anse (Tim Blake Nelson) and his five children as they fulfill his wife Addie’s (Beth Grant) dying wish of taking her to a nearby town and burying her there. This isn’t the easiest of tasks, one; they’re dirt-poor farmers and two; the nearby town isn’t all that nearby. The journey is made all the more uncomfortable by the fact that in an attempt to get the coffin across an extremely unsafe bridge, they drop it into the water and the most able (in body at least) of the sons breaks his leg.

As they journey onward, this simple task becomes more and more difficult as the father and children come to face various personal and interpersonal challenges on top of the fact that they are constantly reminded of their decaying burden (who’s also beginning to smell).

Let’s just now take a moment to consider the promotion of this film (and to be honest, the reason why I picked this up in the first place). An interesting aspect of this is the title credit of Danny McBride up there with James Franco’s. Many of you (like myself) will associate this particular pair with films like Pineapple Express and This Is The End. What I don’t understand about this choice is; why would you promote a film of this calibre with the associated pairing of these two? This movie has very little in common with anything they’ve worked on (as a pair) before. Also, why give McBride third billing when his character is so minor and his performance (while competent) has nothing on the rest of the core cast (of which only one other is mentioned in print)?

This film will likely suffer from this decision. People expecting something else will be turned off and may even feel cheated that they’ve been duped into watching something so tonally different than what expectations they may have.

Promotion aside, it’s a fine film (and so I’m told) a fine adaptation of an American classic. Franco is in fine form both in front of and behind the camera. This story is also as bleak as hell but if you can get past that and the visceral nature of its ickiness, you may just have a few laughs in this blackest of comedies.