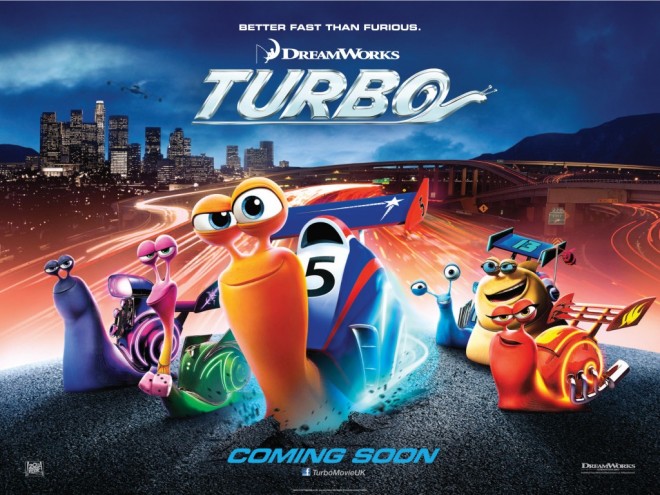 Do you like fast cars, superhero origin stories, and snails? If you answered yes to all three – you just might dig this latest Dreamworks effort.

Turbo is a regular snail who dreams of going fast. For some reason, he’s seen formula 1 racing on the television and has become enamoured with the idea of speed. All is as it should be for Turbo (Ryan Reynolds) and his brother Chet (Paul Giamatti) until one day Turbo does something terrible to the snail community and they both have to leave. Then crows are involved, one thing leads to another and then Turbo falls into the engine of a street racing car from Fast & the Furious and instead of being burned alive, comes out the other end with the nitrous bonding with his genetic make-up. Now he can go fast. He’s also picked up a few other car-related traits which make no sense but as passing gags, are quite fun nonetheless.

Turbo and Chet then end up in the hands of Tito (Michael Pena) – a taco slinger who races snails on the side. With his newfound powers, Turbo is obviously a shoe-in when it comes to becoming part of the team.

Then through another unlikely chain of events, Turbo enters the Indy 500 and goes head to head with his human hero Guy Gagne (Bill Hader) who gets all competitive with this snail because… well… who wouldn’t?

The film features a smattering of high profile vocal talent that you’ll recognise straight away, as they fulfill their typecast roles with professional ease and the jokes role along pretty well to get you through this oddity that, at the core of it all, really makes no sense.

The folk responsible for this one don’t have a particularly shining history in working with animation and one of the writers’ previous credits include The Onion Movie and The Wrestler so… taking that into account, it’s a surprise this film made me laugh as much as it did.

Not a perfect film by any means and it probably overstays its welcome by a good twenty minutes or so but as I said before – if cars and superheroes and snails are your bag, this one is for you.

New toy means I can make art way more easel-y than ever before.
Zines!
The classic @questinnpodcast spin-off has a new life on YouTube!
Pretty happy with ink tests so far.
Recording live from inside the cupboard. This is going to sound good.
I think the lads have been reading too many of those superhero books.
A taste of things to come...
A taste of things to come...
The Playboy by Chester Brown published in 1992. Not for everyone, but a masterclass in warts-and-all journal/memoir storytelling. The simple yet confident line art is gorgeous and the perfect form for this revealing tale. #comics #indie #blackandwhite #classic 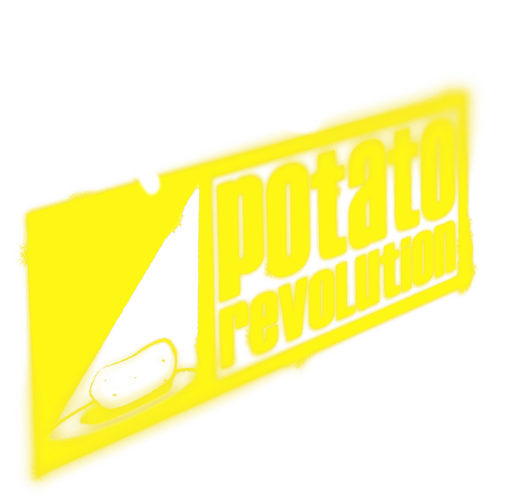