Worlds within worlds. ...well, if mushrooms are worlds and my backyard is also worlds. Perhaps I should have just said mushrooms in my backyard. Yep, that's much more accurate. #pfft...HashtagsAreDumb
In my quest to find more amazing things to see, hear, and do - I discovered this! In Your Dreams is a fantastical little podcast from @moremooremore and @jaymasciulli alongside a whole host of improv superstars! Give each of them a follow, why not, and hit the bio link up top to discover my short review and a link to all the episodes. 🥳 #podcast #awesome #improv #MelbourneTalent
It's a good year to see a project or two to completion. Some take a little longer than others - especially when it's putting words on a page. Hit the bio link to find out more about my latest short-term writing goal of reaching 20K for the first draft of my book. #writing #write #goals #dothething
This is a neat little podcast I've been helping out with. You too can follow the hijinks of Dr Karen Debbie Cradle and her adventures in Hollywood as a therapist to the stars. @whyareyouherepod #improv #comedy #podcast #soundsgood
New stack for Summer. :) Hey @odysseylitfest can't wait for the festival! @ninakenwood @dbinks @_budgie See you all on Tuesday! #bookstagram #LoveOzYA #odysseylitfest #AustralianLiterature #Odyssey2019
Old dog, new tricks. I believe that's an additional 50xp right there.
Mixing the old with the new to get a clearer point of view. #odysseylitfest #bookstagram
A perfect way to spend the afternoon. New episodes are on their way! #QuestInnPodcast @whoisbeauwindon @tommy.valentine1 @indianaa23 @dan_thomas_ok
Good things come to those who wait... #QuestInnPodcast #improv #comedy #scificomedy #fantasycomedy #imadethis 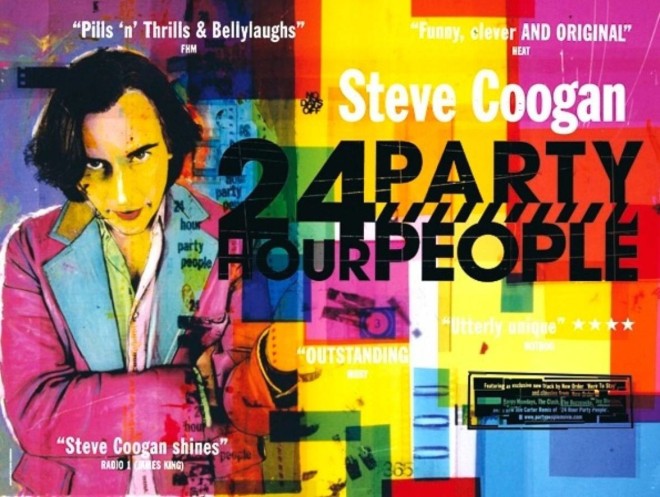 Michael Winterbottom and Steve Coogan work well together. This is the film that introduced me to them both and I’ve been a bit of a fan ever since. As for the film’s subject matter, I’m not particularly enthused about the post-punk music scene and I’m of the opinion that the best thing Ian Curtis ever did was kill himself to make way for New Order – a far more interesting band than Joy Division ever were, and that Happy Mondays were an overrated piece of shit that can only be appreciated while on drugs.

I am however, a fan of music biopics and that’s why I watched this the first time round.

Coogan plays Tony Wilson, a local television presenter who takes it upon himself to bring the handful of bands that make up the local music scene to the rest of the world by starting a record label and establishing a club – the legendary Hacienda – for them to play in. This plan is beautiful in essence but everything is a battle from getting the co-operations of bands, producers and eventually the drug lords who take over the scene at its height in the 80’s.

An outstanding cast including Andy Serkis, Paddy Considine, John Simm and many of the still living members of the scene turning up as supporting characters help to make this the compelling yet irreverent piece of storytelling that it is. Winterbottom’s naturalistic approach to directing helps make this film a work of art with the way he weaves fact and fiction into an almost fairytale narrative of self-awareness, reality and surrealism.

Portrayals of real-life characters are lovingly larger than life but still retain an element of warts-and-all that lets you believe that maybe this was how everything could have been.