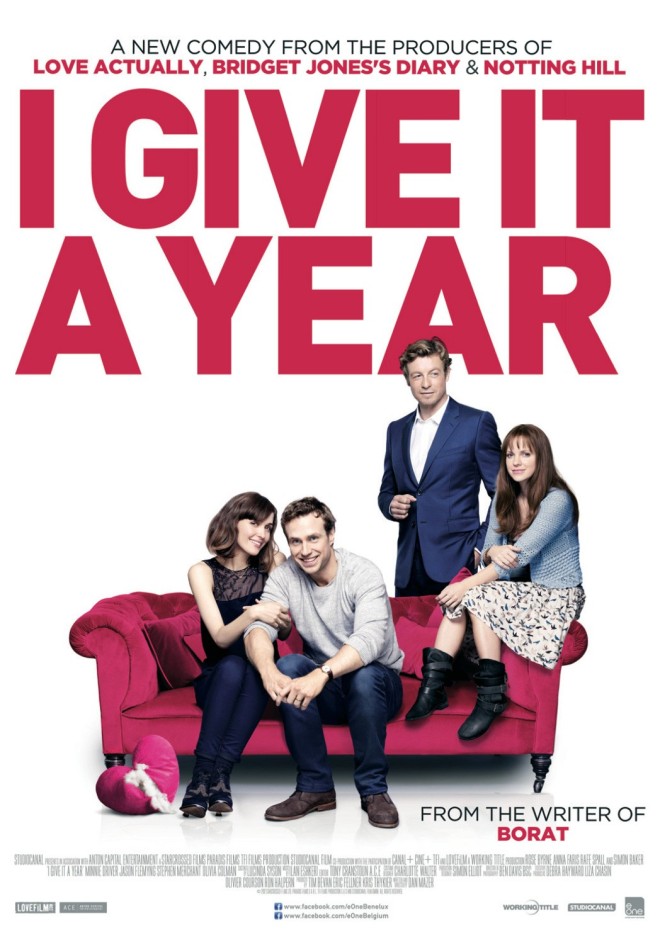 (SPOILERS AHOY!) Here we have a romantic comedy which attempts to subvert the genre and almost gets it right. Watching this, two films of recent came to mind; The Five Year Engagement and Friends With Kids. Both focus on the negative of traditional relationships but result in different ways. Where The Five Year Engagement looks at what can happen when people make the commitment to “wait” for each other over an extended period of time, Friends With Kids looks at the idea of starting a family without the foundation of a “relationship” and/or marriage.

This film begins with our unlucky in loves at their wedding with all the signs pointing to the fact that they are not meant for each other. From there it establishes all the regular tropes to push them apart – the bride, Nat (Rose Byrne) finds herself working for a perfect man in the form of Guy (Simon Baker) while we find out that Josh (Rafe Spall) still feels for his ex, Chloe (Anna Farris), that he never really broke up with when she went on an extended overseas trip. As the plot pushes forward we find them confirming everyone’s thoughts that they just aren’t made for each other and that maybe they’ve made the wrong decision to get married.

It all builds to a point where you think they’re going to break it off but when it comes to the crunch, they decide they want to give it a proper go and commit to making a better effort using the rest of the year as their trial run to fix things. In the meantime, Guy and Chloe get together and you think everything’s going great guns for one and all but then on their anniversary night, Josh realises he really is in love with Chloe. Telling Nat this brings joy to her as now she can be with Guy and they race together (although separately) to the airport to make things right.

The emotional side of this film doesn’t quite work – I never really found myself caring what became of any of the characters. What got me through was the dialogue; the little moments of humour that came through in conversation and character interaction.

Dan Mazer who wrote and directed this one has previously worked with Sacha Baron Cohen on Borat, Bruno and the Ali G TV series so a little bit of the awkward humour from these shines through.

The cast all do very well with what they’ve got but what’s lacking is real chemistry (whatever the hell that means). Steve Merchant also turns up to do his standard bit playing the inappropriate best friend of Josh who everyone loves to hate (and with good reason).

There are a handful of laugh out loud moments and I’ll give them points for that but as I said before, no real emotion is the where this one falls over.