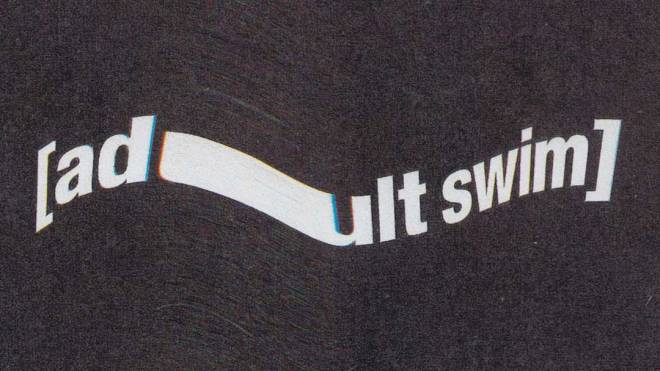 For those of you out of the loop (that’s most people, apart from a handful of man-child college students and various other people with mild drug dependencies), Adult Swim started life as a filler programming block on the cable channel, Cartoon Network.

Cartoon Network hosts a vast library of animated shows. Over the years, they’ve featured all sorts: from Warner Bros. classics like Looney Tunes and Batman, ’80s favourites like Transformers and Voltron, and also anime such as Dragonball, Pokemon and Naruto . In 1991, Cartoon Network bought the rights to Hanna-Barbera (Scooby Doo, Flintstones, and many more). An acquisition that would prove key to the development of Adult Swim.

Cartoon Network has produced its own fair share of successful animated shows with a list that includes Ben 10, Powerpuff Girls, and more recently, Adventure Time. It’s an impressive catalogue worth billions.

And then there’s Space Ghost Coast to Coast (SGC2C).

Developed in 1994 by Keith Crofford and Mike Lazzo, this cartoon is a parody of the Letterman-style talk show made on a shoe-string budget with re-used and remixed art and characters, from the long forgotten ’60s show, Space Ghost. Guest interviews were recorded on a single studio camera then cut and edited to appear as if the interviewees were speaking and reacting to their animated counterparts. 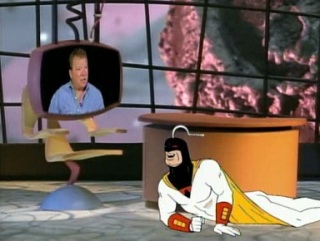 Originally, SGC2C was intended to appeal to a wide audience but as the show progressed(?), and partly due to its ad-lib nature, SGC2C grew more and more risqué. This edgy formula set the tone for what Crofford and Lazzo would do with Adult Swim in 2001.

Designed for broadcast when Cartoon Network’s core demographic (kids, mostly) were asleep, the Adult Swim block catered to the growing adult-oriented animation and content market that MTV had previously found success with in shows like Beavis & Butthead, Aeon Flux and Liquid Television.

Upon its release, Crofford and Lazzo launched four shows that were either spin-offs or somehow influenced by SGC2C, including Harvey Birdman and Sealab 2021. The block also featured the more mature anime of Neon Genesis Evangelion and Mobile Gundam Suit.

By far, the most enduring original content to come out of the block is Aqua Teen Hunger Force (ATHF) with its three main characters: Master Shake (a Styrofoam cup), Frylock (a packet of French fries), and Meatwad (a rolling ball of hamburger meat). Each is anthropomorphised with little more than a face. With minimal animation, characterisation was delivered through the voice actors and their ability to ad-lib on scripts that were written with improvisation in mind, similar to shows like The Office (US) and Brooklyn Nine Nine. 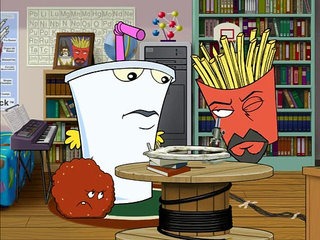 If the world of ATHF has one consistency, it’s that it is thoroughly inconsistent. Story lines within and between episodes have very little coherence and much of the time lack any real internal logic. A bizarre host of recurring characters include Carl, a balding fat middle-aged Jersey-born rocker, and, Err and Ignignokt the Mooninites. This duo are drawn in the style of early computer game pixel art.

Ignignokt gained notoriety (as did the show) when, to promote the upcoming film, some clever guerilla marketing was mistaken by Boston authorities for an act of terrorism in 2007. 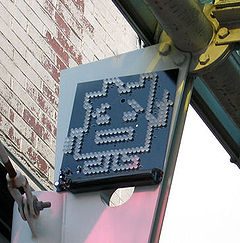 The 11 seasons that make the series presently represents the longest-running show on Adult Swim, and the shows’ popularity has spawned the aforementioned feature film as well as a PS2 game.

Though it’s perfectly safe to say that not everything Adult Swim has given us is gold, to ignore its cultural significance is just wrong. Fifteen years on and it continues to introduce new audiences to some of the best (and worst) animation and television that no other network would even think of touching. Why does that matter? Because Adult Swim explores new territory and takes a chance on new ideas. That’s pretty special. Right now they’ve got Rick and Morty, The Eric Andre Show and a new season of Samurai Jack.

Here’s to another fifteen years. 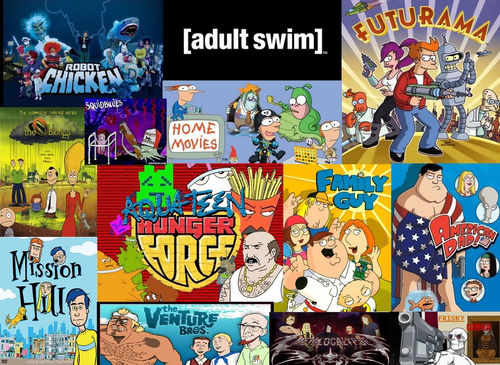 One thought on “Adult Swim: Keeping it weird since 2001”