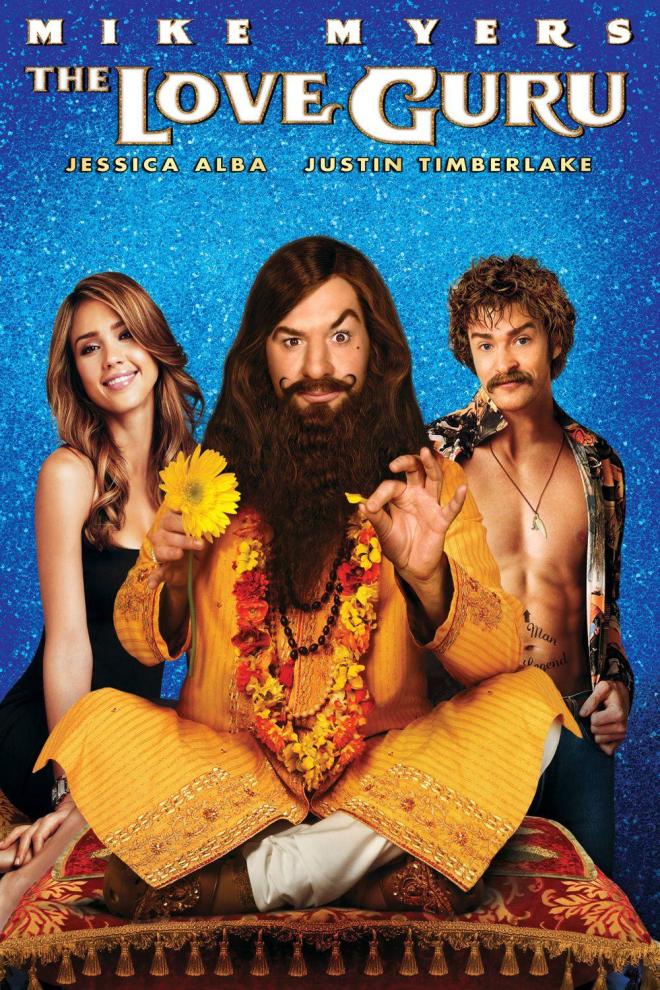 Ah, Mike Myers. You were the comedy darling on the cusp of the 21st century. We all remember such endearing characters of yours as Wayne Campbell, Austin Powers, Dr. Evil, Fat Bastard and Shrek. We loved them so much we said, “Give us more!” and you made a bunch of sequels. And then what happened? You just went away. Sure, you had a cameo in Inglourious Basterds but who remembers that? What happened? Oh, that’s right. The Cat In The Hat. Was that the final nail in the coffin? For many; yes. However, you wouldn’t let a little thing like that keep you down. Like the undead, you clawed your way out of that hole to make The Love Guru. Oh, the hate for that movie when it came out in 2009. Who went and saw this film? No one (myself included).

The Love Guru has a huge 3.8 score on IMDB and unsurprisingly so. Up until recently I’d avoided this film and existed quite happily not knowing what I was missing. Then in a moment of weakness I had a bit of a Mike Myers bender and after exhausting the Waynes’ World & Austin Powers franchises, I desperately searched about the place looking for another hit. Like a stoner out of weed, I stared into the ashtray looking for butts that had been un-smoked hoping for enough dregs to sustain that one last high.

So yes, The Love Guru. Myers plays Pitka, an American raised by gurus in India who returns to America to topple Deepak Chopra from his position as number one self-help guru in the business. His first assignment is to help a hockey player whose personal life is affecting his game.

A handful of names turn up such as Justin Timberlake, Jessica Alba and most oddly, Ben Kingsley with a barrage of cameos that I imagine are happy to be on board after seeing the success of similar roles played in his previous movies.

Although I watched this film from beginning to end and thought to myself, “it’s not that bad”, by the same token, it’s not that good. In fact it’s really quite average and I don’t think it’s Myers’ fault. He puts just as much effort into his performance as always and Pitka’s character is endearingly flawed like Austin Powers with the same penchant for lame jokes that are carried simply because we love seeing Myers do his thing.

I think what this one lacks is direction from someone who knows how to put comedy on film. The Austin Powers films had Jay Roach at the helm, a man who knows his way around telling a comedy story (most recent example, see: The Campaign). Penelope Spheeris was the genius behind the success of the first Wayne’s World (WW2 was admittedly, a little weak) but Marco Schnabel, with this film it feels like the takes they go with are the ones where someone’s said, “That’ll do.” And this is what we’re left with.

So, if you find yourself scraping around for a Mike Myers fix at the bottom of the bowl, go and watch So I Married An Axe-Murderer instead. Again, not the greatest thing he’s done yet closer to finding that forgotten bud under the couch cushion – not like this mess of half-burned butt dregs.

I’m a fan of music as well as a fan of comedy movies. Do I like films that parody the music scene? Hell yes. Those guys take themselves far too seriously and need a bit of a jab every now and then. But more importantly, it’s not the music itself that needs making fun of – just the culture surrounding it. Here are a handful of favourites that do it perfectly for me; Waynes World (1 & 2), Airheads, This Is Spinal Tap and A Mighty Wind (CB4 deserves a mention too).

A Mighty Wind came out in 2003 but after that, there is a bit of a gap in this subgenre. Movies being made about music were mostly Biopics and not really going out of their way to make us laugh (which I guess is fair enough) – things like Walk the Line with Joaquin Phoenix (just before he went all Borat on everyone’s asses – see: I’m Still Here) and it was this film that inspired the ridiculous stroke of genius that is Walk Hard.

On a whim, I threw this into the player the other day to give it another spin and found it to be just as good as the first time around.

Written by Judd Apatow & Jake Kasdan, this one stars John C. Reilly and a whole host of comedy greats (too numerous to mention here) dropping in for cameos to not only parody the life of Johnny Cash but other classic moments in modern music history too.

I could rattle off some of my favourite scenes but it’s really just one to sit down and enjoy without knowing too much about. As a bonus, you don’t really need to know your music history that well to get all the jokes as they’re silly enough to work without that inside knowledge.

If like me, you can’t get enough of John C. Reilly’s man-child bit, this is a must-see. 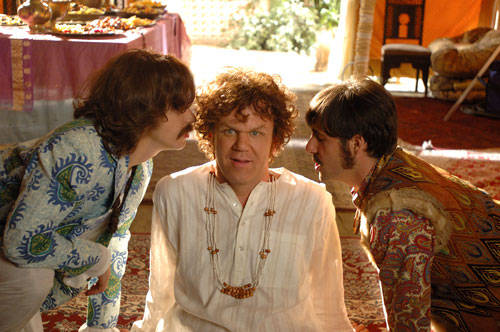